A few years back I had been helping a remote cousin who owns hundreds of acres of olive trees near Florence, Italy, during olive harvest. Since 2013, my mother has bought a house in Puglia, a region in the South of Italy, which has enough olive trees to make our own olive oil too!

To have a very strong and almost spicy taste my mother schedules the picking at begining of harvest season, which officially opens at the end of October and could last until the end of winter (the oil coming from olive picked in February is obviously less tasty but is cheaper and can always be sold as cooking oil which is not what we are looking for). The yield is lesser  than it could be if she waited a few weeks but the taste is so incredible and, because it is for our personal consumption, it is perfectly acceptable to look for quality instead of quantity.

So I had never participated to the harvesting in this property but this year I thought it would be a nice occasion to bring my very French S.O. to Italy, in a period where the weather is not too hot (he is from a particularly fresh region and does not approve of high temperatures yet) and to experience smething particular.

Generally it is very complicated to go there, it is a touristic region during the Summer but most of the flights are discontinued after the end of August. In addition the flights are generally quite expensive because of the rarity of the offer.
However I managed to find a perfect return flight at the amazing price of 44€ so, even before knowing if we could take some days off, I booked the trip for the 19th to the 22nd of October. 3 full days of relax, good food and Aperitivi!

Because I love Italy, my home country, I go there quite often to visit my family. However, it was my very first harvesting in Puglia, and the first time for my S.O. too, so we were  both excited like children all week-end.

We arrived on Thursday afternoon and went straight to do some sight-seeing along the coast. The whole region is gorgeous and every town village is worth seeing, and even my mom, who lives there half of the year, loves accompagnying her guests again and again to through the gorgeous cities of Bari, Brindisi, Trani, Molfetta, Lecce, Ostuni (the White City) and so on. 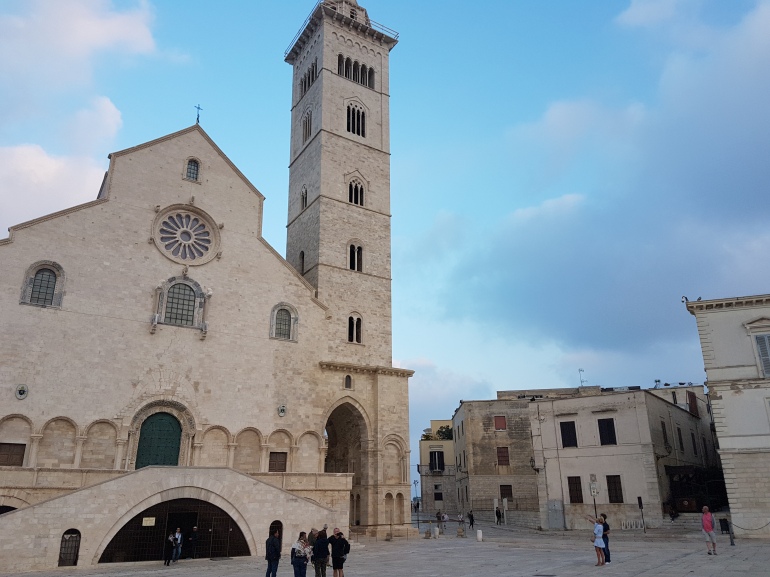 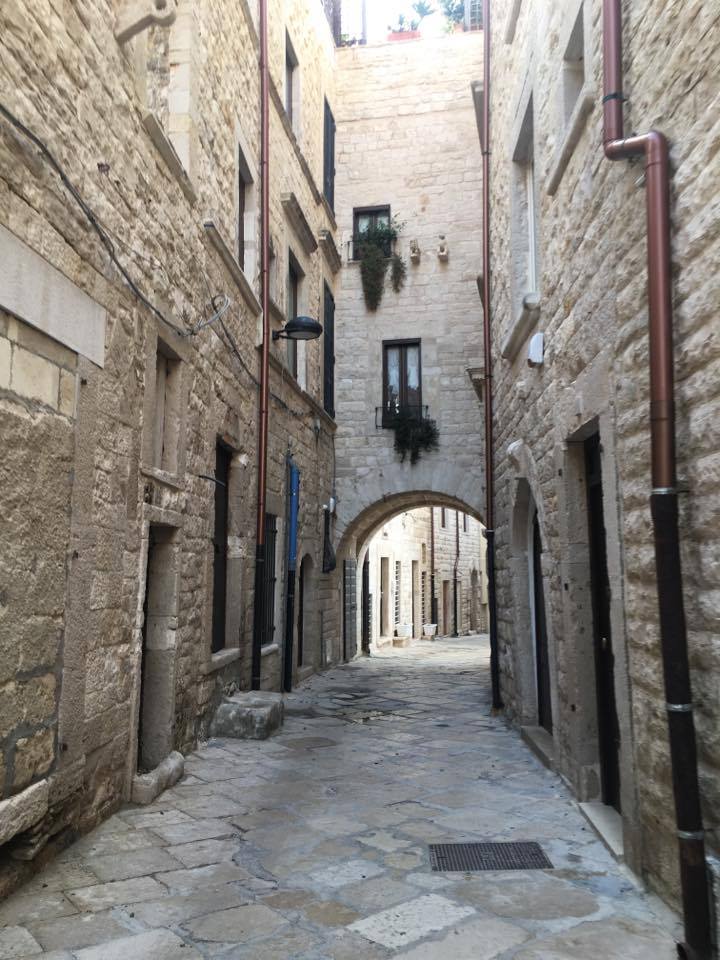 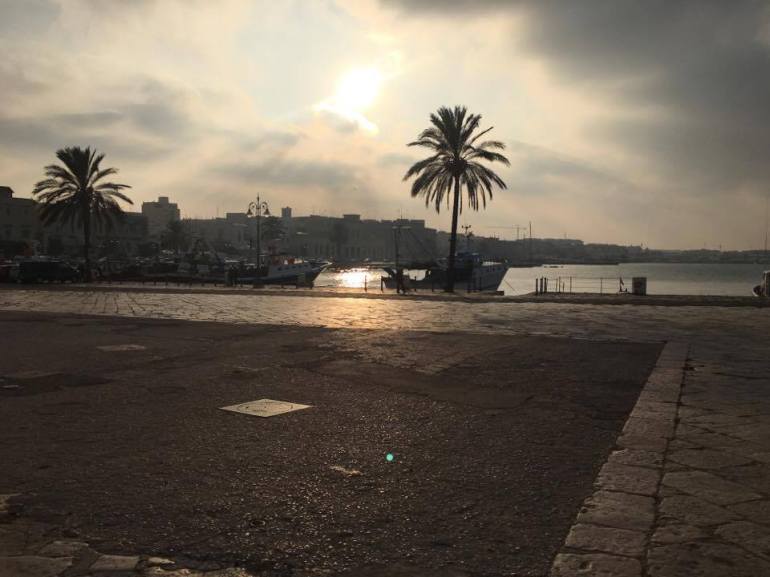 At the end of the day we found some fishermen back from the sea selling the catch of the day. Because there is no such thing as too much good food in Italy, we bought octopus, squids, shrimps for our evening barbeque. 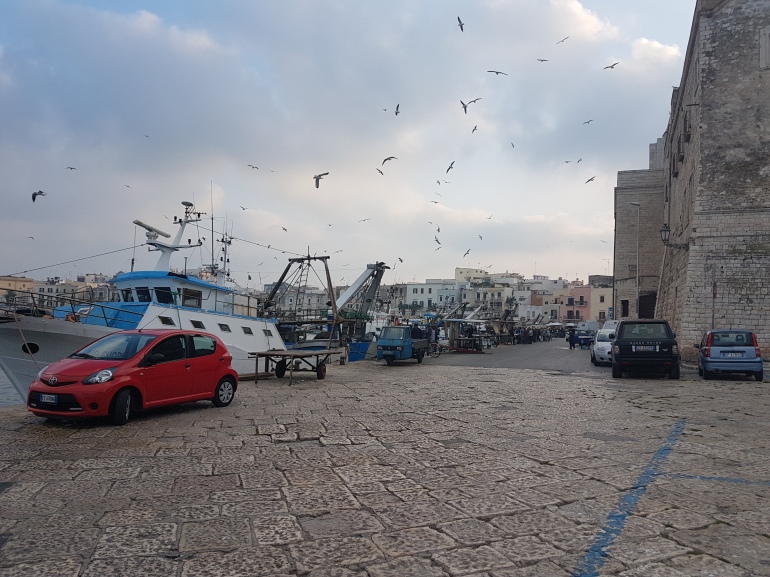 After a healthy dinner and a lot of Spritz we called for an early night as the next day we would be awaken by the workers and their machines ready to pick up olives at 7AM.

Surprisingly (because the region is famous for hits very high temperatures) it was a very cold and foggy morning and the first hours of working involved a lot of mud.

Regarding the picking per se, not every region does it the same way: in Northern Italy the trees are smaller than in the South and people hand-pick olives. In Puglia, where I was,  the trees are several hundreds years old and the branches can go up very high and climbing would take too much energy and time. Hence, dedicated machines have been created to shake the trees (no more than twice each) to make the olives fall. Nets are laid under the trees to collect all the fallen fruits before emptying them in big buckets.

Although there is no climbing involved it is exhausting to be bent all day, to drag nets and buckets buckets all arund an uneven field all day. The workers, unlike me, worked from 7AM to 5PM without resting or eating (there was just a lot of cigarette smoking involved). 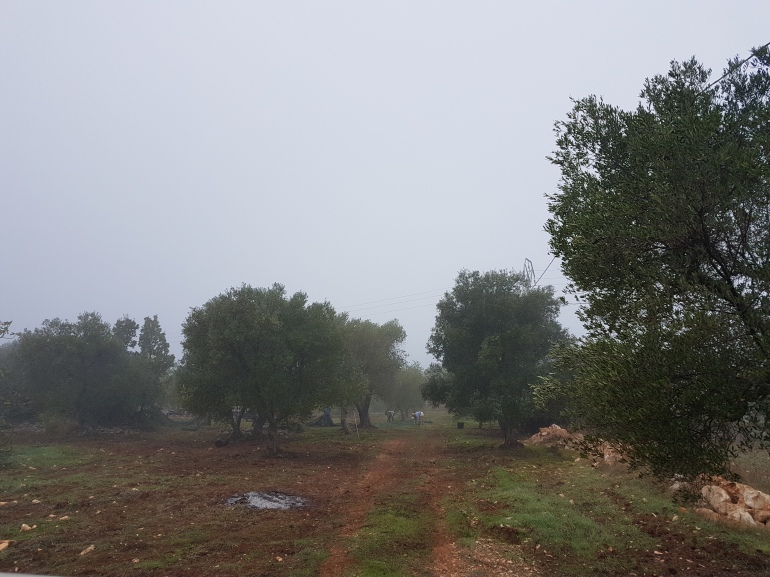 The next day we brought our 4 tons of olives to the “Frantoio”, the factory that transforms the fruit into oil through several steps: first the olives and the leaves are sorted, than the olives are washed, grinded and squeezed until its deep green oil is extracted and put into 10 to 20 L cans. 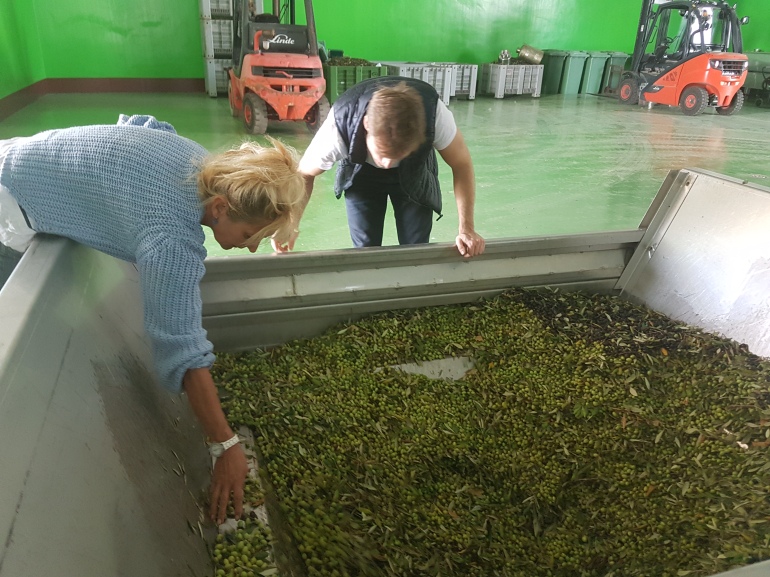 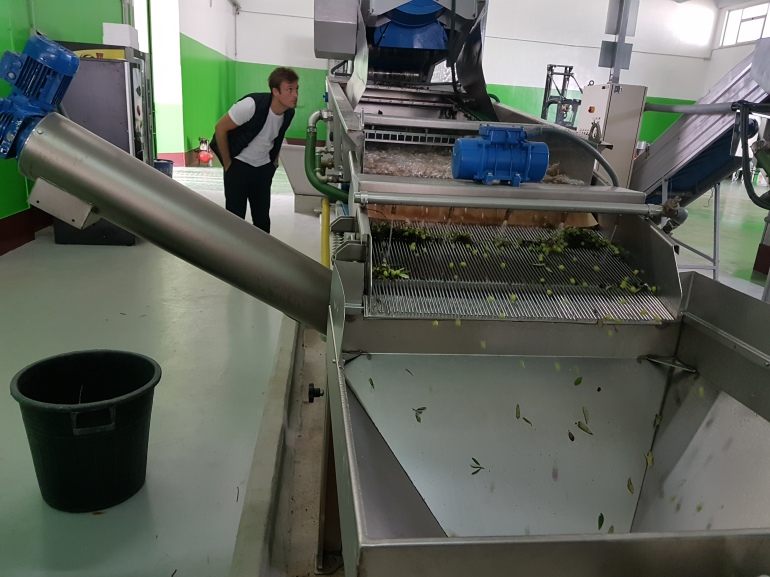 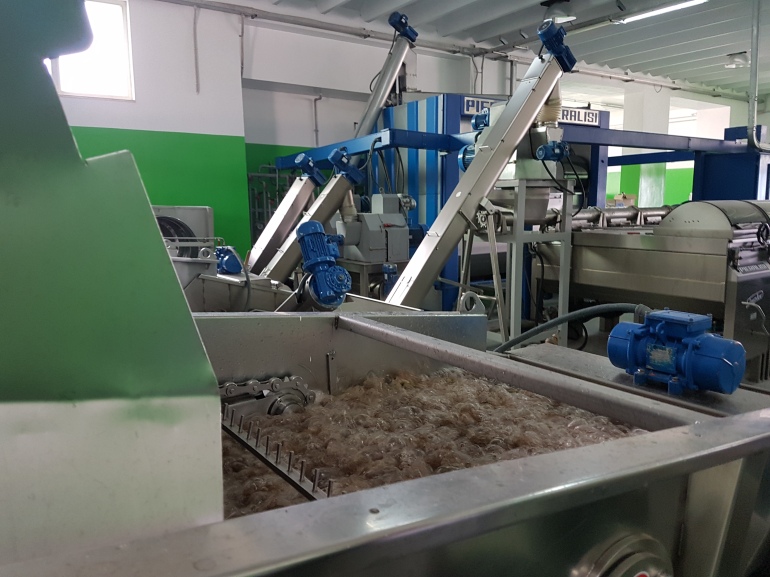 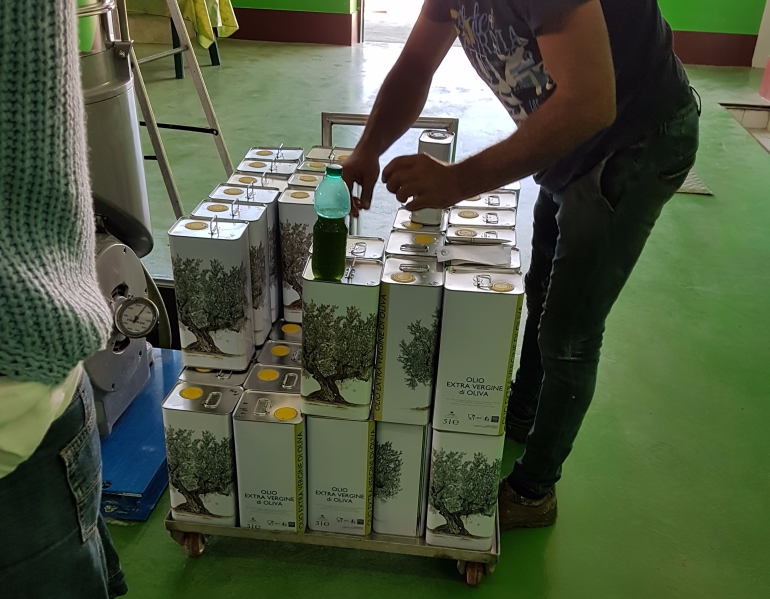 In the end we managed to extract 310 L of the purest and freshest oil. All the cans have been packed and shipped to Paris where my mother will redistribute them to friends and family. As we were traveling light we got a special 1 L baby bottle to bring back in the plane as a reward for our help, and to wait until my personal 20 L can is delivered to my home later this year.